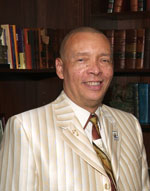 On Being A Black Lawyer was honored to salute NAACP LDF head, John Payton, in our OBABL Power 100.  Mr. Payton is one of many great social engineers the legal community has lost in the last year. Fellow OBABL Power 100 honoree Jock Smith passed away this year. He was Co-founder, National Partner and President of The Cochran Firm and managing partner of the firm’s Tuskegee, Alabama office. Mr. Smith passed away on Sunday morning, January 8, 2012. He is survived by his wife of 33 years, Yvette Smiley- Smith and his daughter, Janay Smith. Mr. Smith was 63. Read more

In addition to losing Derek Bell this past year, we lost a number of other warriors: 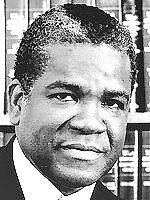 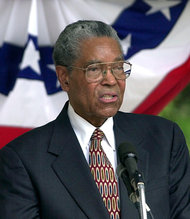 Matthew Perry, a civil rights lawyer who went from sitting in the courtroom balcony waiting for his cases to be heard because he was black to having the federal courthouse in Columbia named in his honor, has died. He was 89. SunTimes

Virginia Supreme Court Justice Leroy Rountree Hassell Sr., a Norfolk native and Harvard Law School graduate who rose to become the court’s first black chief justice, died Wednesday in Richmond. He was 55 and had had an undisclosed illness for some time. VaPilot 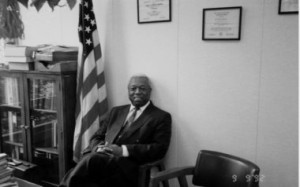 H.J. Belton Hamilton was the grandson of a slave, born in the Deep South when legalized discrimination limited what a black boy could do or even dream of…Hamilton himself was the first African American to graduate from Stanford University in 1949 and went on to become the first black assistant state attorney general, the first black federal administrative law judge in Oregon, and board president of the Urban League of Portland, all while mentoring future lawyers and judges, serving as a leader in his church and various civic groups, and integrating his interracial family into the fabric of his suburban neighborhood and schools. Oregon