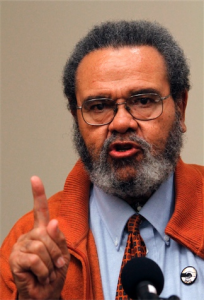 Civil rights leader Lawrence Guyot has died at the age of 73.

Lawrence Guyot a pioneering civil rights leader who later went on to earn a law degree and work in government has died. Guyot was 73-years-old.

Mr. Guyot was a founding member of SNCC (the Student Nonviolent Coordinating Committee) a group of young people who became well-known in part because of the crucial role they played in the sit-in movement which led to demonstrations throughout the south.

In 1963 he survived a severe beating at the hands of police officers when attempting to bail out several other activists.

Guyot bounced back and seemingly undeterred directed a massive voter registration geared towards the enfranchisement of African-American voters called The Freedom Summer Project in 1964.

He earned his law degree from Rutgers University in 1971. He went on to work in D.C. government, and to continue training of would-be civil rights activists.