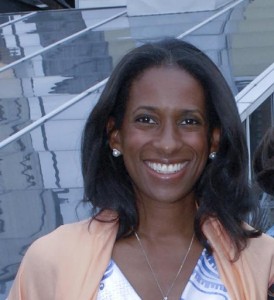 Binta Niambi Brown strikes one as the type who makes lists in order to accomplish all she needs to do daily. The 38-year-old Kirkland Ellis partner wears a number of hats, and as Fortune Magazine said in naming her to its “40 Under 40″ list, when she speaks others listen.

Ellis is a graduate of Barnard College and Columbia University’s School of Law. She worked as an associate at Cravath, Swaine & Moore before joining Kirkland Ellis where she is a New York based partner in the firm’s corporate practice. She focuses her practice on advising large corporations.

Away from the office as Fortune notes she is a prolific fundraiser for political candidates and non-profits. A one-time adviser to then Senator Hillary Rodham Clinton’s campaign she was a frequent political donor.

Here Brown discusses her philosophy on the legal profession as a service profession.