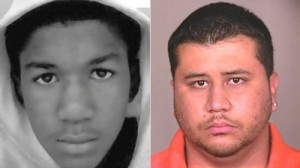 The case of 17-year old Trayvon Martin has gained national and international attention in part because of the attention the case has gotten online. Martin was shot and killed back on February 26 in a gated community in Sanford, Florida, which is outside of Orlando. There is much debate about the circumstances that led to the boy’s tragic death with more and more details pouring out every day.

The New York Times in part offers this summation, “Trayvon, 17, was shot as he was walking to the home of his father’s girlfriend from a convenience store in Sanford, just north of Orlando, on Feb. 26. George Zimmerman, 28, the neighborhood watch volunteer who killed Trayvon, has told the police that he shot the teenager in self-defense.”

The Orlando Sentinel offers further information in the form of a timeline which follows the case up until the release of 911 tapes which many say highlights the fact that Martin may have been shot because he’s black. The fact that the shooter George Zimmerman has not been arrested has caused many to say that without a more thorough investigation the case will manifest itself into a miscarriage of justice.

Prominent political and legal commentator Keith Boykin has devoted nearly all of his tweets to the topic of Trayvon Martin. He offers up to date developments on the case, pleas to celebrities and athletes to speak out, and even conducted a real time analysis of Florida’s controversial “Stand Your Ground” law, part of Zimmerman’s self-defense claim.

Here’s just one example of the Harvard Law-educated Boykin trying to illicit reactions from NBA players who Martin had planned to watch in the NBA All-Star game the day of his death.

He also continues to emphasize to his followers that he believes a misreading of the “Stand Your Ground” law is what has prompted police not to arrest Zimmerman.

Carolyn Edgar another Harvard educated attorney and writer has also taken part in the online discussion of the Martin case. On Saturday Edgar and Boykin once classmates at Harvard Law parsed the “Stand Your Ground” law and openly discussed the appropriateness of the application in this case. Edgar also pinned a piece for CNN.com entitled, “Trayvon Martin, not George Zimmerman, was engaged in self-defense.”

As of Tuesday as a detailed accounting of Martin’s last minutes alive was reported on as ABC News revealed details of his telephone call with his girlfriend as he was pursued by Zimmerman.

While the case is now being handled by Seminole County State’s Attorney Norman R. Wolfinger, aided by Florida state authorities, the United States Justice Department is also now reviewing the case, in part to determine if George Zimmerman’s fatally shooting Trayvon Martin was a hate crime. This came as a result of intense public scrutiny, heightened awareness of the case, and after the Congressional Black Caucus and other leaders called for federal involvement.

The DOJ said in their statement, “The Justice Department’s Civil Rights Division, the U.S. Attorney’s Office for the Middle District of Florida, and the FBI opened an investigation into the facts and circumstances of the shooting death of Trayvon Martin. The department will conduct a thorough and independent review of all of the evidence and take appropriate action at the conclusion of the investigation. The department also is providing assistance to and cooperating with the state officials in their investigation into the incident. With all federal civil rights crimes, the government must prove beyond a reasonable doubt that a person acted intentionally and with the specific intent to do something which the law forbids – the highest level of intent in criminal law. Negligence, recklessness, mistakes and accidents are not prosecutable under the federal criminal civil rights laws. The Community Relations Service will be in Sanford, Fla., this week to meet with civil rights leaders, community leaders, and local law enforcement to address tension in the community.”

And while race, and class and historical injustices have been broached with comparisons of Trayvon Martin to Emmett Till folks like attorney Joe Briggs have called for individuals to keep their eye on the prize.

Briggs wrote in a series of tweets, “Instead of focusing on George Zimmerman here, again lets focus on the laws that allowed Zimmerman to exist in this way,” “I would rather make the #StandYourGround law famous than George Zimmerman, because they will exist long after he does,”Justice for Trayvon, Prevent Another Trayvon.”