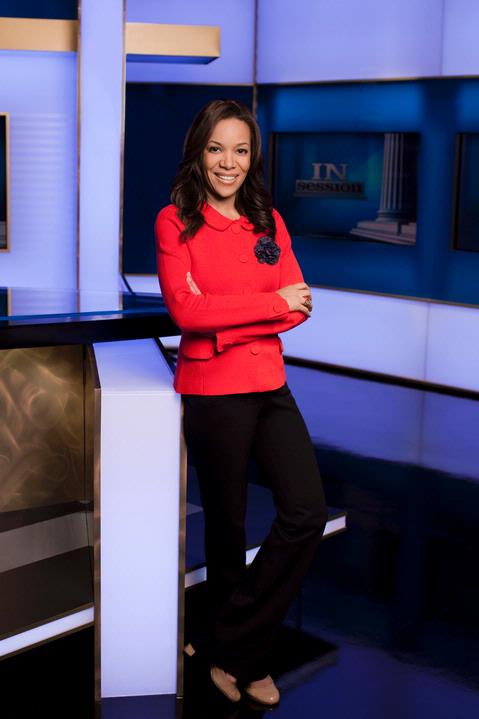 Sunny Hostin a legal analyst for CNN was among those offering commentary on the trial of George Zimmerman.

In the early 1990’s during coverage of the OJ Simpson murder trial Star Jones became one of the most well-known legal analysts in the nation. Jones who was educated at the University of Houston Law Center spent her early career as a well-regarded prosecutor in the King County, NY (Brooklyn) District Attorney’s office. After working for the former network Court TV, she became NBC News’ chief legal analyst, and would later go on to be a successful co-host of ABC’s hit talk show The View.

Over the years Jones has continued to commentate on legal issues. Today she regularly appears as one of the regular panelists on TODAY’s Professionals a regular segment on NBC News’ Today Show.

Jones and Johnnie Cochran who after being part of OJ Simpson’s defense team became a Court TV host undoubtedly paved the way for many more black attorneys to become successful legal analysts and commentators.

During the last month as network television, cable television, newspapers, magazines, radio stations, and online outlets all worked to offer around the clock coverage of the trial of George Zimmerman black lawyers were back in the spotlight.

Sunny Hostin a legal analyst for CNN covered the death of Trayvon Martin and the case against George Zimmerman from the very start. When she wasn’t on T.V., Hostin took to Twitter to make sure her followers had the latest details about what was going on inside the courtroom.

Other black lawyers who were in the spotlight were HLN host Ryan Smith, Faith Jenkins who appeared regularly on both FOX News Channel and MSNBC, Midwin Charles who regular appears on CNN, HLN, and also does radio appearances, and Paul Henderson, Deputy Chief of Staff, for Public Safety, Office of the San Francisco Mayor who was an MSNBC regular.

Some black lawyers like Carolyn Edgar combined analysis of the law with cultural analysis. Edgar a well-known blogger who often writes about her experiences as a single parent penned the post “On Trayvon Martin and Fear.”

The Zimmerman trial and aftermath of it’s coverage has also given rise to new voices such as former Brooklyn prosecutor Charles F. Coleman, Jr. who just this week wrote a piece for Ebony magazine’s website entitled, “JUSTICE FOR TRAYVON: What Went Wrong?,” in which he dissected the not guilty verdict.