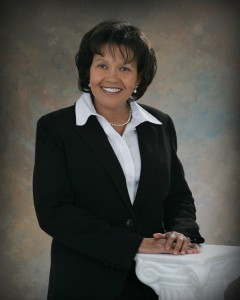 Judge Pauline Drake graduated from Tuskegee University in 1974, Secondary Education:  Social Studies, English, University of Alabama in Birmingham (UAB) Master in Special Education, Graduated in December, 1984 University of Florida Law School.   Judge Drake was admitted to the Florida Bar in 1986.  She is currently a County Court Judge in Duval County.  Judge Drake was appointed to the County bench in 1998 by the late Governor Lawton Chiles. This appointment was historical for this area because in doing so Judge Drake became the first African-American female judge appointed to the bench in the Fourth Judicial Circuit, which encompasses Duval, Clay and Nassau County.  She  has been up for election twice and  has not been opposed.  Judge Drake has served on several Supreme Court Committees and she is currently active in the Conference of County Court Judges.  Judge Drake is the current Chair of the Small Claims Rules Committee and a past chair of the Florida Bar Small Claims Rule Committee.  She is an active with the D.W. Perkins Bar Association in Jacksonville, Florida and participate in the Law Week Activities which includes participation with the local elementary, middle and high schools.  Judge Drake is a part of the “Justice Teaching Program.”  Judge Drake believes strongly that faith is God is essential and that our actions are a reflection of His love for us.”

How did your education prepare you for your career?

I had an excellent elementary and middle school education in Brooklyn, New York. I was in a special program for talented students from the fourth grade to the 9th grade and I was challenged to think and ask question.  When my family moved to a small town in LaFayette, Alabama I was prepared but very surprised at the segregation and negative attitudes towards Black children.  However, I was able to make the most of the education and attend Tuskegee University.  Being at Tuskegee taught me how to appreciate struggle and the contribution of Black people to this country.  I wanted to do more and to be a part of the legacy.  Education is the highest form of self-improvement.

What extracurricular activities did you participate in during your educational career that provided you with useful tools during your professional career?

Extracurricular activities I participated in included Little Theatre, Drama, Writer for the Newspaper and Magazine, Delta Sigma Theta, Inc. and the Tuskegee Institute Concert Choir.  I was also involved with my church.  I believe that activities which involve you with people and give you the opportunity to present your before people affords you the ability to accept all people and it also gives you confidence in your abilities.

What assisted you in making the transition from being a student focused on your studies to being a young professional focused on starting your career?

Let me say that I didn’t go immediately to law school right out of undergraduate school.  In fact, I got married and moved with my husband to Birmingham, Alabama.  He was in Optometry School at that time and was hoping to get a job teaching as my major was Secondary Education.  Turns out that the “quota” was filled and I was not hired.  I started working as a lab assistant at the University of Alabama in Birmingham.  Undaunted, I got my Masters degree at night and worked during the day.  Eventually, I became the Director of the Shelby County Day Treatment Center in Siluria, Alabama.  I can honestly say that this job was a life changing experience for me.  When you work with people who have so little you work harder and then you appreciate the blessings in your life.  It gave me a mission, to do more.  I was now determined to go to law school.  After Law School I was hired on with the State Attorney’s Office after interning with the Department of Consumer Affairs.  Whatever you decide to do always remember that people are watching your sincere efforts and will try to mentor you.

What initially attracted you to your chosen career path?

My desire to be an advocate for children.

After the initial attraction, and gaining employment in your field, what keeps you attracted to the work that you do?

I enjoy law.  Our constitution is a formation of laws made by people who had no idea of the scope to which it would expand.  I suppose that is my attraction that justice should be for all and that I have a responsibility every day to make sure that justice is applied fairly.

What are three characteristics and/or personality traits that you would identify as essential in order to be successful in your profession?

Integrity is to be valued above.  Can you be trusted?  Are you a person of your word?  Does winning mean everything or can you still do justice even though it is not popular?  Professionalism.  Can you create an environment of respect or must you demean another individual in order to be heard? Diligence- How hard do you work when no one else is looking?  Are you satisfied with “just getting by,” or do you strive to always do your best?

What personality traits or skill set do you have that make you exceptional at what you do?

I make it my business to care and ask questions.  I see hundreds of defendants but I never get so busy that I am not willing to listen to all of the facts and investigate the possible options.  I also try to encourage people to look at the “big picture.”

How do you enrich the profession that you are a part of?

I try to enrich my profession by being a participant in organizations which promote legal accountability as well as organizations that strive to be of service to the community.  I am a part of Justice Teaching but even before this program began I was a frequent speaker at area schools.  Children need to know that justice is also about them and FOR them.  They need to see a positive role model who is interested in their success. I also participate in Florida Bar Activities and I recently taught Trial Practice at Florida Coastal School of Law.

What aspect of your employment is the most fulfilling?

Seeing people change, a woman have a baby that is not addicted to drugs, a young person who decides to go to school and get a GED or continue their education, mothers and daughters who can now talk to each other instead of fight and battered women who have the courage to face their abusers and change or a prostitute who gains lawful employment.  As a judge I recognize that I must have the strength to recognize when punishment is needed and when there is a rehabilitative option that must be exercised.

What ethical considerations are you confronted with regularly in your career?

There is a definition of ethics that I like:  The study of the general nature of morals and of the specific moral choices to be made by the individual in his relationship with others.  WE all have choices.  The worst use of power is the abuse of power.  I don’t abuse the power that has been given to me.  Even if someone is rude or attempts to make you react out of anger, my moral conscious tells me that I set the mood of the courtroom, and that the law should be applied fairly based on the nature of what is in front of me and not based on personalities or differences.

What is your personal mission within your chosen career path?

My personal mission:  TO BE OF SERVICE.

What leadership roles have you taken on within your organization/company/firm?

What are some obstacles that you have faced during your career development?

I am a first generation lawyer.  I think that this means that I didn’t grow up hearing about law at the dinner table so I had to study very hard.  I had neither mentors nor other lawyers to assist me so I relied a lot on the other law students to assist me.  I had some very good study groups who consisted of students who were acquainted with the law and this helped me a lot.  Also, my racial status was somewhat of a challenge at times.  People seemed “surprised” that I was smart and I could tell at times that being a woman and being outspoken presented a problem for some.  As a woman on a personal level it is always difficult to find balance in your career but it can be done.  It is a challenge when you have young children and you have to try a case or pick a jury on Monday.  I tried to create balance by involving my children in my career.  When I had my private practice I showed them where I worked and even had them “help” sometimes.  No career is worth the sacrifice if you end up alone and unhappy.

What has been your greatest success in your career?

My greatest career success has yet to be achieved however; I must say that being appointed a judge was a great achievement for me as well as this community.  The sense of pride was overwhelming.

What was your greatest disappointment during the development of your career?

You know sometimes your greatest disappointment can be the very thing that propels you forward.  I remember interviewing for a job as a Magistrate and thinking that perhaps I had gotten the job.  I was faxed a denial.  I was disappointed because I thought it was a good interview.  However, turns out it was at that interview that inspired me on to apply for a position as a county judge.

What is the professional accomplishment that you are most proud of?

Oh my there are so many.  The D. W. Perkins Bar Association during law Week sponsors a Mock Trial for Elementary School Students.  Each year I preside over the trial, answer questions and encourage the children to write letters.  I love those letters.  I guess the best compliment I could ever receive is when a young child writes,” I want to do my best and when I grow up be a judge just like you.”  I cherish these letters and believe it or not I answer all of them individually based on the letter written.  So you see it all gets back to one word-SERVICE.   I am also proud when I mentor young lawyers, who also write and say, how I helped them make a decision about the law and that something I did or said helped them out.  I still hear from some of them and that makes me very proud.