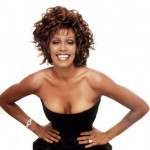 Stepmama to Whitney — I Have Nothing! TMZ

Vick continues to plea for a return to the field. EURWeb

W asks, “What would Jesus Do?” then pardons the rapper and convicted drug trafficker, John Forte, who also happens to be, like 41 & 43, an Exeter alum. TheGuardian