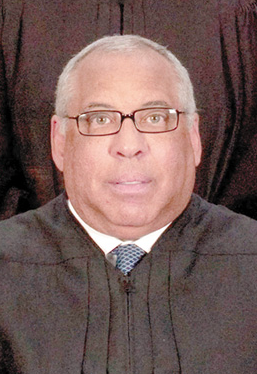 Judge Gary Lancaster, Chief Judge of the U.S. District Court for the Western District of Pennsylvania has died at the age of 63.

Lancaster died from suffered hypertensive heart disease and had suffered a variety of health challenges according to the Pittsburgh Post-Gazette.

The judge was appointed to the federal bench by President Bill Clinton in 1993. Previously he had been a magistrate judge in the same district.

Lancaster a 1974 graduate of the University of Pittsburgh School of Law was a well-regarded jurist. Pitt Law chronicled his rise to be his court’s chief judge a position he held from 2009 until his death earlier this week.

The end of the Pitt Law article read,

Asked how he feels about being chief judge, Lancaster says, simply: “I’m honored and proud to have this opportunity to serve the court.”

Earlier in his career Lancaster worked as an attorney in private practice, as an Assistant District Attorney in Allegheny County, Pennsylvania, and as a Regional Counsel for the Pennsylvania Human Relations Commission.

According to his official biography, “Chief Judge Lancaster is a designated patent judge under the Patent Pilot Program, which is a ten- year program designed by Congress to enhance expertise in patent cases among federal judges at the district court level.”

PUM Goes One On One With The Honorable Gary L. Lancaster The Only African American Federal Judge In The Region