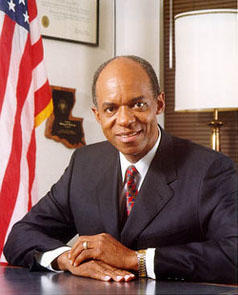 In March of this year a three judge panel of the United States Court of Appeal for the Fourth Circuit upheld ten of Jefferson’s eleven convictions on a variety of charges including conspiracy to solicit bribes, solicitation of bribes, bribery, money laundering, racketeering, and obstruction of justice.

Jefferson was convicted by a jury in August of 2009 as a result of a two year investigation by the FBI.

His attorneys had challenged those convictions based in part of what they deemed faulty jury instructions, based on a belief that his crimes did not constitute federal crimes, and that there was a lack of venue for at least one charge.

Jefferson an attorney himself received his J.D. from Harvard Law School and received an LL.M degree from the Georgetown Law Center. He served in Congress from 1990 to 2009.

During his trial prosecutors presented evidence which showed that illegal money was part of how Jefferson financed his daughters educations. Three of his five daughters attended Harvard and Harvard Law School and are now all law professors.

He reported to a federal prison to begin serving his 13-year sentence this spring. Jefferson continues to draw his congressional pension.