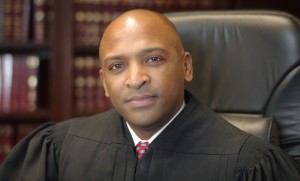 Judge Darrin Gayles was this week confirmed as the first openly gay African American male judge on the federal bench.

The Miami Herald reported on Gayles confirmation. Gayles a graduate of Howard University and George Washington University Law School has been a judge in South Florida for the last decade. Prior to judicial service he was a state and federal prosecutor, and a federal immigration lawyer. Gayles will sit on the United States District Court for the Southern District of Florida.

The St. Louis Post Dispatch reported on Yandle’s confirmation. Judge Yandle had been an attorney in private practice since graduating law school. In 2007 she opened her last firm to according to her website to focus on  representing victims of medical malpractice, nursing home abuse, defective products, and civil rights violations. She practiced in the St. Louis metropolitan area and in southern Illinois. Judge Yandle attended the University of Illinois and Vanderbilt University School of Law.