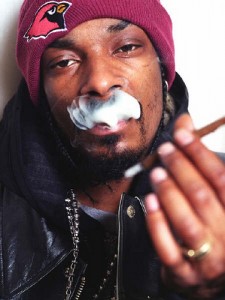 The California chapter of the NAACP was the first to lend its support to the California ballot initiative, Proposition 19, that would make it legal to puff and pass.  The chapter president, Alice Huffman is bent on making the chronic a civil right.

We have empirical proof that the application of the marijuana laws has been unfairly applied to our young people of color.

Now the National Black Police Association is throwing its support behind the initiative.

Ron Hampton, the police association’s executive director, said he decided the group should get behind the measure because it would eliminate laws that have a negative impact on the black community.

Hampton said that the money being spent on the war on drugs could be better spent on education, housing and creating jobs. “It just seemed like to me that we have been distracted in this whole thing,” he said. “We can take that money, and focus and concentrate on things that really make a difference in our community.”

If they are looking for celebrity endorsers, might we suggest T.I. and Tiny.