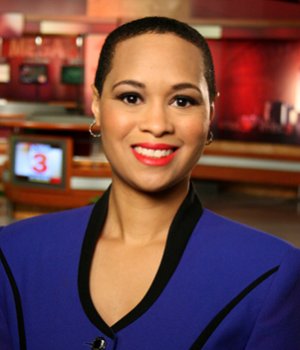 Meteorologist Rhonda Lee says she was wrongfully terminated for posts she made on Facebook.

Was a Louisiana meteorologist fired over a series of posts she made on Facebook and if so was her company right to terminate her employment? She says no and thinks the company KTBS-TV is in the wrong.

Meteorologist Rhonda Lee was maligned for responding to a Facebook comment made by viewers, and then after a second incident, fired. The reprimand and her ultimate firing were based on what she says was a social media policy which was not clearly defined, or even documented. She also said that she was not allowed to meet with station management to discuss the series of events.

Lee made her case in a story published in Richard Prince’s Journal-isms.

On Oct. 1, a viewer identified as Emmitt Vascocu wrote, “the black lady that does the news is a very nice lady.the only thing is she needs to wear a wig or grow some more hair. im not sure if she is a cancer patient. but still its not something myself that i think looks good on tv. what about letting someone a male have waist long hair do the news.what about that (cq).”

Lee replied the same day, “Hello Emmitt–I am the ‘black lady’ to which you are referring. I’m sorry you don’t like my ethnic hair. And no I don’t have cancer. I’m a non-smoking, 5’3, 121 lbs, 25 mile a week running, 37.5 year old woman, and I’m in perfectly healthy physical condition. I am very proud of my African-American ancestry which includes my hair. For your edification: traditionally our hair doesn’t grow downward. It grows upward. Many Black women use strong straightening agents in order to achieve a more European grade of hair and that is their choice. However in my case I don’t find it necessary. I’m very proud of who I am and the standard of beauty I display. Women come in all shapes, sizes, nationalities, and levels of beauty. Showing little girls that being comfortable in the skin and HAIR God gave me is my contribution to society. Little girls (and boys for that matter) need to see that what you look like isn’t a reason to not achieve their goals. Conforming to one standard isn’t what being American is about and I hope you can embrace that. Thank you for your comment and have a great weekend and thank for watching.”

Vascocu replied that Lee was right to be proud of who she is and that he is not a racist, but “. . . this world has . . . certain standerd (cq). if youve come from a world of being poor are you going to dress in rags?. . .”

In a Nov. 14 post, viewer Kenny Moreland wrote, “Not to start any trouble, because I think that the annual ‘Three Minute Smile’ is a great function and I love to see kids so happy. Am I the only one that has noticed that this year, all the kids, lets say, are people of color? This is Channel 3, not KSLA, the ‘Project Pride’ network, that might as well be part of the BET Channel. Did KTBS slip up on a news story, and owe S’port’s criminal mayor Cedric, a favor? Seems like some racism going on to me. Just saying…..”

Lee replied the next day, “I’m not sure I understand your comment, ‘…this is Channel 3 not KSLA…’ What are you trying to say? The children are picked at random. So there goes your theory that they are selected for their color. I would like to think it doesn’t matter who the child is. If you truly just want to see the kids happy your message had a funny way of showing it. Happy holidays. –Met. Rhonda Lee”

The reaction from many on social media has been mixed. Some are appalled and see it as blatant discrimination comparing it to the case of the Wisconsin T.V. anchor who took on the viewer who called her fat, saying she was heralded for standing up to the man who tried to bully her.

Asked to respond to the story on Twitter, social media strategist and black lawyer Nakia Hansen made a number of observations.

“OK. I empathize with Lee but I’m going to agree that she was in the wrong for responding directly on the Facebook Page. Here’s why nearly every corporate social media policy includes a section directing employees not to respond to neg posts unless they’re authorized to do so. There’s a difference between employees who can talk about their company on social and those who may speak on behalf of that company.

It’s unclear to me from that story whether Lee had the former or latter status. There are a lot of ignorant, misinformed, and mean people hiding behind social media and it’s not always a good idea to engage. That being said, I’m not speaking on whether it was proper to terminate Lee, especially since the policy wasn’t very official.”

Hansen went on to say the case highlights the need for professionalism by employees, and the need for a clear policy which can protect employees and employers. She says companies are well-served to craft a social media policy, make sure it is shared and that employees are aware of what is expected them, and then to evaluate said policy every six months.

Social Media Policy Resources via The Association of Corporate Counsel

Why Corporate Counsel Must Own Social Media Policy via Forbes