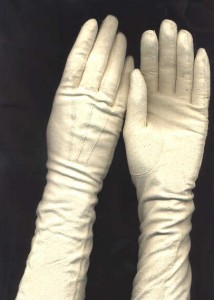 I’ll make this quick. I failed my bar exam. I have no money and no “real” job but don’t feel I can quit the gig I’ve got to study for the next exam.  I want your advice, but I’m very fragile right now, so please handle me with kid gloves.

First, some good news, failing the bar exam puts you in the company of some very accomplished individuals. WSJ  This year’s most popular public failure belongs to Elizabeth Wurtzel who was outed by everyone from Gawker to The New York Observer.

We can only feel so bad for Wurtz. The best-selling author attended Yale Law School then after shooting off an email to a partner was offered an associate position at a prestigious NY law firm. (Don’t try this at home, boys and girls.)

Anyhow, Wurtzel’s press paled in comparison to that of the deceased heartthrob, John F. Kennedy, Jr., who woke to the headline, “THE HUNK FLUNKS,” after his second attempt.  While it has been suggested that these two lacked focus, this cannot be said of Hillary Clinton (she failed the D.C. bar but passed in Arkansas), former Chicago Mayor Richard M. Daley and Florida Governor Charlie Crist.  The latter two failed twice.

Advice for future bar victors after the jump:

A study of 23,086 bar examinees published in 1998 by the Law School Admissions Council (LSAC) found that blacks were more likely than any other group to fail the bar exam on the first try. The eventual bar passage rate for black examinees was 77.6% or 1,062 of 1,368. This was nearly 20% lower than that of whites whose eventual passage rate was 96.7% or 18,664 of 19,285. You can read the full report here, but below we highlight some of the study’s points to provide some perspective and advice going forward.

1. Quitters never win pass, so get your butts back in those chairs as soon as possible!

While only 2% of white and Asian American examinees and 5% of Hispanics examinees who failed the first attempt at the bar, did not attempt it again, a whopping 11% of blacks chucked it. (That alone accounts for a huge chunk of the disparity between the eventual passage rate for blacks and whites). The issue of how long it took you to pass the exam will probably never come up. By contrast, if you give up on the exam, no matter what you eventually accomplish in life, you’ll always be dogged with questions and insults about the bar. For evidence, see former Tennessee Congressman Harold Ford Jr., who while running for the U.S. Senate was reminded that attending law school doesn’t make one a lawyer. FreeRepublic

2. Financial distractions are the enemy.

The LSAC, in an effort to discern what, if any, additional distractions existed for those who failed the bar exam, looked at random factors like marital status, country region, age and whether one worked as an undergraduate.  These proved an insignificant relationship to bar pass status. What the study didn’t consider were some of the key financial issues that to us appear more likely to have an impact on exam outcome: Did the examinee work while studying for the bar? Is examinee still looking for a legal job? How significant is examinee’s law school debt? Are any family members able to provide financial assistance to examinee during study period? OBABL’s observations are purely anecdotal, but we know of many who find it difficult to study for the bar when they a) are trying to keep the lights on; b) have started receiving those threatening law student loan letters; and c) are panicked because they can’t find a job and are wondering what all this suffering was for.

What examinees must do is go into a zone. If it is at all possible, don’t work, and just as importantly, don’t worry about not working. It’s winter, so it’s unlikely your utilities will get cut off. Behind on your rent? Please. You’ll be done with the exam by the time a date is set in Landlord and Tenant Court. Have a $5-a-day meal allowance. Fill up on potatoes, beans, hot dogs, and Wendy’s $1.29 meals. DO NOT DWELL ON YOUR BLEAK FINANCIAL FUTURE.  Believe us, you’ve got the rest of your life to do that.

3. If after all this, you STILL can’t pass the bar exam, find out if you have ADHD.

Many states provide accommodations (extra time) for examinees diagnosed with ADD/ADHD.  In states that don’t, students with the disability are now suing for these provisions. The diagnosis doesn’t come cheap. If you don’t have health insurance, try to find a free clinic.

African Americans are hesitant to seek such psychological evaluations even though many of us suffer from such disabilities. People of other racial and ethnic backgrounds are exercising this right, and so should you.

4. For those of you who have yet to choose a law school…

You can avoid the bar exam altogether by attending one of the two state law schools in Wisconsin or the Franklin Pierce Law Center in Concord, New Hampshire.