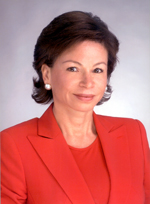 Valerie Jarrett. Courtesy of the University of Chicago. 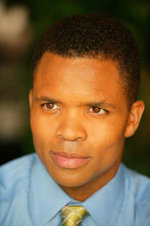 As previously reported here, the other half of PBO’s brain, has made it clear she is not checking for a de facto “black” post in the President-elect’s administration.  Now we hear word that Valerie Jarrett has her eye on Obama’s senate seat.

This has raised a few eyebrows among the legal intelligentsia because it has long been rumored that seat would go to Jesse Jackson Jr.  Goodness knows he’s earned it!  While PBO may have thrown his grandmother under the bus when he shared her racist views with the world, JJJ put the bus in reverse and rolled over Daddy Jesse again and again and again.  TheRoot offers an interesting take on this Nixon-Khrushchev like kitchen debate:

Jarrett may be a tough choice for Blagojevich. The governor is hugely unpopular, and his 2010 re-election chances are gravely endangered. He may choose to appoint someone who helps him with some particular voting bloc in 2010, when that appointee will be up for election to a full term in the Senate.

Or it might be that Valerie gets what Valerie wants. At a meeting in Washingtonwith black journalists over the weekend, she would not say what that was. That is up to Obama, she said: “I leave it in his hands, his very capable hands. … So we’ll see, we’ll see.”

The big question:  Can “No Drama Obama” keep them from pulling out the knives?

Update (7:57 p.m.)  President-elect Obama has just given Valerie Jarrett not one, or two, but three jobs in his administration.  Henceforth, Jarrett will be referred to as White House Senior Advisor, Assistant to the President for Intergovernmental Relations and Public Liaison.  NYTimes