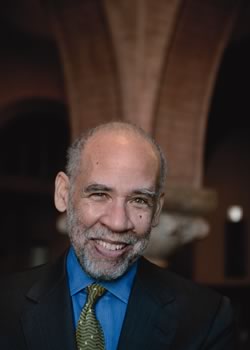 John A. Payton the sixth President and Director-Counsel of the NAACP Legal Defense and Educational Fund has died at the age of 65 it was reported late Thursday.

Payton a 1977 graduate of Harvard Law School had a distinguished career even before joining the Legal Defense Fund. He had been a partner at the Washington, D.C. law firm of Wilmer, Cutler, Pickering, Hale and Dorr which he joined in 1978. Except for a time in local government as the District of Columbia’s Corporation Counsel, his entire career prior to the LDF directorship was at WilmerHale.

While at WilmerHale he was the lead counsel representing the University of Michigan and its then president Lee Bollinger before the United States Supreme Court in the famous Gratz v. Bollinger case which called into question the university’s admissions practices and started a debate about the need for and use of affirmative action in higher education. In his oral argument before the court he discussed, “why it is the educational judgment of the University of Michigan that the educational benefits that come from a racially and ethnically diverse student body are crucial for all of our students.”

His experience in that case was undoubtedly helping the LDF to formulate it’s position in Fisher v. United States of Texas at Austin the case in which the Court will revisit the issue of affirmative action. Payton had even issued a statement “on the vital importance of higher education diversity in response to the Supreme Court’s decision … to review the University of Texas at Austin’s race-conscious admissions policy.”

In reflecting on what drew him to lead the LDF in an interview with the Harvard Law Bulletin. Payton outlined some of the reasons the work of the LDF was so critically important to ensuring equity and justice. “Everyone knows Brown but there are cases leading up to Brown and way past Brown. It’s a tremendous legacy to be able to look back at that and then to be the head of the law firm that Charles Hamilton Houston and Thurgood Marshall created that changed this country dramatically for the better. Sadly we still have a lot of work to do. There are still issues in education and economic justice and certainly criminal justice, where we have mass incarceration as a horrendous problem, and voting rights is always under challenge.”

By all accounts Payton did lots to further the mission of the organization.

“John Payton was one of the greatest civil rights lawyers our nation has ever had and our world has ever known,” said NAACP President and CEO Benjamin Todd Jealous. “From defending affirmative action to fighting mass incarcerations to protecting voting rights, John defended civil rights gains and won civil rights victories. He was a dear friend, a valued councilor, and a leader of leaders. The entire NAACP family is deeply saddened by his sudden passing. We will miss him. We will honor his memory by fighting for justice as he did – with passion, precision, and perseverance in the face of great odds.”

President Obama also reflected on Payton’s life, work, and legacy, “A true champion of equality, [Payton] helped protect civil rights in the classroom and at the ballot box. The legal community has lost a legend, and while we mourn John’s passing, we will never forget his courage and fierce opposition to discrimination in all its forms.”