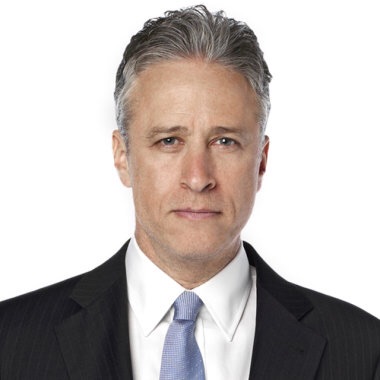 In the end, Jon Stewart, the retired host of the Daily Show and Wyatt Cenac, his former “only black writer” smiled and made up, but not before providing us with a teachable moment.

In the leadup to Stewart’s final episode a media storm erupted after Wyatt Cenac recounted on an episode of the WTF! Podcast with Marc Maron an uncomfortable experience with the host back in 2012. At the time of the incident, Cenac was the only black writer on staff, and he expressed his discomfort with Stewart’s on-air impression of black Republican presidential candidate Herman Cain. Cenac compared Stewart’s impersonation to Kingfish, a racially stereotyped character from “The Amos ’n’ Andy Show.”

Stewart’s impersonation might be what social scientists have coined a microaggression, or more specifically, a microinsult. Microaggressions are “brief, everyday exchanges that send denigrating messages to certain individuals because of their group membership.”

In 2007, Columbia University psychologist Derald Wing Sue and colleagues further classified these offences into three groups: 1) Microassaults are overt attacks similar to traditional discrimination meant to harm the victim, i.e. displaying a swastika or Confederate flag; 2) Microinsults are subtle and may be unconscious and unintentional, but are nonetheless insensitive, rude, or inconsiderate of a person’s identity and demean their targeted group. (In addition to Stewart’s infraction, an example of this type offense would be mistaking a person of color for a service worker); 3) Microinvalidations minimizes the psychological thoughts, feelings, or experiences of targets. An example would be assuming that a black person claiming discrimination is overreacting.

Unlike bigots, the culprits of microinsults and microinvalidations are typically well-intentioned members of the dominant culture who are unaware they are causing harm and often reject any suggestion that there words or deeds are offensive.

“It’s a monumental task to get white people to realize that they are delivering microaggressions, because it’s scary to them, Dr. Sue told Psychology Today. “It assails their self-image of being good, moral, decent human beings to realize that maybe at an unconscious level they have biased thoughts, attitudes and feelings that harm people of color.”

This creates a real dilemma for people like Cenac who explained to Maron, “I gotta be honest if something seems questionable…because if not, then I don’t want to be in a position where I am being untrue not just to myself but to my culture, because that’s exploitative. I’m just allowing something to continue if I’m just going to go along with it. And sadly, I think that’s the burden a lot of people have to have when you are ‘the one.’ You represent something bigger than yourself whether you want to or not.”

But pointing out such behaviors can have repercussions. In Cenac’s case, he relays that Stewart started yelling and told the writer to “fuck off.” Other Daily Show producers seem to confirm Cenac’s version that Stewart’s reaction exceeded the typical response to a disagreement. Steve Bodow, an executive producer, has been quoted as saying there were and likely remain “blind spots.” After Stewart stormed off, Cenac, not knowing whether he had been fired, went outside and cried. Though this experience was painful and alienating for Cenac, he was lucky. He seems to have left the show on his own terms.

While employed at one of the most prestigious law firms in the country, I confronted a situation when a white peer spewed a litany of racial slurs in the office, in front of other minorities. Covington & Burling had a culture in keeping with that of other big law firms. It did its share of pro bono work on behalf of civil rights organizations and indigent clients, yet it had a paltry number of black partner-track attorneys (black attorneys make up only 3 percent of lawyers in large law firms). As I wrote in Law Firm Segregation Reminiscent of Jim Crow, the firm boosted its diversity figures by packing a non-partner track group with black attorneys from top law schools like Harvard, Duke and Georgetown.

Even though I was treated like a second-class citizen at the firm, I found the people there to be respectful and exceedingly intelligent. For example, former Attorney General Eric Holder, a partner there during my tenure recently announced his plan to return to the firm. For these reasons, I felt comfortable reporting the racial slur incident to the white supervising partner. In the lawsuit I eventually filed, I provided the details of the backlash I received, which included small things like receiving the silent treatment from my peers, being moved to another office, and being depicted in the supervising partner’s ill-advised analogy to his pet monkey. The bigger things culminated in my termination, a huge surprise considering my billable hours (the holy grail of law firms) were among the highest in my group. While I was let go, the staff attorney who admitted to using the racial slurs, notwithstanding the firm’s “zero tolerance” policy, remained for years thereafter.

I knew that bringing such a lawsuit would be an uphill battle, and like most racial discrimination lawsuits, mine never made it to trial. It was dismissed on summary judgement by a republican appointed black judge. A study found that only 1.1% of the country’s civil cases reached trial.

Eden King, a professor at George Mason University and one of the authors of “Discrimination in the 21st century: Are science and the law aligned?” has studied the disconnect between forms of discrimination perceived by claimants and how those forms are evaluated by the legal system. The results of the study suggest that women and ethnic minorities report all types of microaggressions—microinsults, microinvalidations, and microassaults—as evidence of discrimination in the workplace, yet, courts are not recognizing them even as the EEOC argues that the court’s standards for discrimination are too restricted.

There is also evidence that when employees complain or report a microaggression, they are retaliated against. According to Professor King, “The EEOC reported that a substantial proportion of claims (over 40 percent, more than ever before) filed in 2014 were on the basis of retaliation. So yes, it is very common that complaints are met with retaliation.”

Stewart’s reaction illustrates the “Catch-22” that victims of microaggressions are in. In all likelihood, a victim of a microaggression is only going to express her concern to a person she perceives to be open-minded and fair. Still, according to Dr. Sue, the perpetrator, even when he is as evolved and earnest as someone like Stewart is on race, is likely to deny committing such an offence. Sue goes further to explain how that leaves the person of color to question what actually happened and be left feeling confused, angry, and in the worst cases, vulnerable to further discrimination.

Unlike law firms, where the percentage of black attorneys continues to drop, The Daily Show made progress following the Cenac episode. The show has worked to be less homogenous by adding correspondents and contributors like Larry Wilmore, Jessica Williams, and Hasan Minhaj. Trevor Noah, a black South African, will succeed Stewart as its host in September. As for Cenac, who appeared on Stewart’s last episode, all is good. If only more employees who report microaggressions could be so lucky.

Yolanda Young is writing a follow-up to her memoir, On Our Way To Beautiful. As the founder of Lawyers Of Color she speaks and writes extensively about diversity in the legal profession. Follow her @yolandayoungesq.