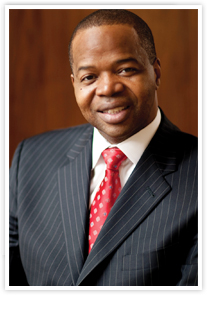 Former International Monetary Fund leader Dominique Strauss-Kahn and a hotel maid settled her lawsuit Monday over sexual assault allegations that sank his political career and spurred scrutiny of his dealings with women on two continents.

The housekeeper, Nafissatou Diallo, looked composed and resolute as state Supreme Court Justice Douglas McKeon announced the confidential deal. Strauss-Kahn stayed in Paris and was mum when asked about the settlement, which came after prosecutors abandoned a related criminal case because they said Diallo had credibility problems.

“I thank everyone who supported me all over the world,” Diallo, who has rarely spoken publicly since the May 2011 encounter between her and Strauss-Kahn, said softly after court.

“I thank God, and God bless you all,” she added.