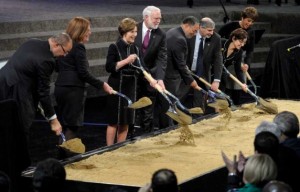 Theodore “Ted” Shaw the former director-counsel and president of the NAACP Legal Defense Fund was quoted in an article on the Supreme Court’s decision to address affirmative action in a forthcoming hearing before the court. The NAACP LDF of course filed an amicus brief in the 2003 case and may file again this time led by now director-counsel John Payton. Payton has already released a statement lauding the importance of diversity in higher education.