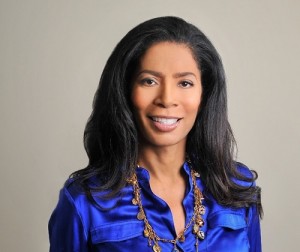 Judy Smith if you’re unfamiliar with her is certainly a big deal. A power player not to in anyway be underestimated she is considered to be one of the best crisis managers there is. The American University Washington College of Law educated attorney went from being a deputy White House press secretary in the first Bush White House, to being a federal prosecutor, to now being a communications and political strategist well-regarded throughout Washington and across the country.

Many are just now learning of all Smith has accomplished because of the new show created by acclaimed writer, producer, and showrunner Shonda Rhimes. Smith inspired the show Scandal’s lead character Olivia Pope. In a recent interview with MSNBC’s Melissa Harris Perry Kerry Washington who play’s Pope was clear to distinguish between her character being “based off” Smith’s life and career versus being more of an “inspiration.” Washington emphasized that many of the circumstances her character Olivia Pope found herself in, never happened to Smith, and Smith would likely would not have responded in the dramatic ways in which Pope acts.

A recent Politico profile discussed the fact that Judy Smith serves as a producer on the show offering real-time advice on sometimes improbable scenarios. “I provide them with crisis advice and how we would handle it, what sort of strategies would be involved in a particular situation,” she said.

She told JET her varied experiences certainly give her experience unlike any other, “Well, there aren’t that many people in the country that do what I do. I think the path that you have to follow is the one that I did working at the White House and also working for a media company as well. I think that sort of vast array of experience gives me a different perspective and vantage point on crisis, which I think is really helpful.”

Smith’s inside knowledge means key to her uniqueness is her combination of experience allows her to see all sides of an issue from the communications angle, to the law enforcement angle, to the civil liability angle, thus allowing her to play devil’s advocate.

Before she was a defender and confidant to so many, Smith who served as the first African-American executive editor of the law view at the Washington College of Law, was a federal prosecutor.

“One of the most high-profile cases was Marion Barry’s. I learned that the mixture between politics, law, and race is an interesting one. I would get calls from Tokyo wanting to know when the videotape of Barry smoking crack would be released. It was amazing how many people paid attention to that situation. It really surprised me,” she said of her time as an Assistant United States Attorney in D.C.

But not only high-profile individuals make mistakes. It’s not hard to create a misstep just by living every day life which is why Smith authored a book “Good Self, Bad Self: Transforming Your Worst Qualities into Your Biggest Assets” a guide to getting out of sticky situations. So Smith the multi-talented master problem solver keeps doling out wisdom for the fictitious, the famous, and the far from famous.