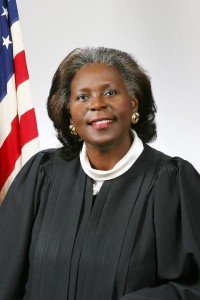 Justice Patricia Timmons-Goodson, the first African-American woman to be appointed to N.C.’s Supreme Court is retiring.

The first African-American woman to serve on North Carolina’s Supreme Court Patricia Timmons-Goodson will step down in December.

Justice Timmons-Goodson sent her letter of resignation to North Carolina’s Governor last week. In her letter she wrote:

Effective 17 December 2012, I will retire from the Supreme Court of North Carolina. It has been my privilege and high honor to serve as a judge since 1984. As a twenty-eight year veteran of the District Court, Court of Appeals, and Supreme Court, the time has come for me to depart.

I leave with much pride and gratitude for the tremendous opportunity afforded me to serve our great State and its remarkable people.

Timmons-Goodson is a 1979 graduate of the University of North Carolina at Chapel Hill School of Law. She worked as both a prosecutor and a legal aid attorney, before going on to the bench.

It is unclear what the 58-year-old, married mother of two will do when her judicial career is officially over.

The News & Observer reports that several diverse candidates are likely to be considered by North Carolina Governor Bev Perdue for the judicial vacancy.