This month the American Bar Assoication’s (ABA) magazine makes some legal picks for an Obama Administration.  We’re taking a look at the black lawyers featured therein and making a few predictions of our own.  Full list here.

When the election was called these two ladies were probably doing fist bumps and singing, “Whoomp There It Is.” Both women went to North Carolina, worked on the Capitol Hill and before joining the Obama Campaign, were executives at The Center for American Progress. Dare we say they are a tag team? 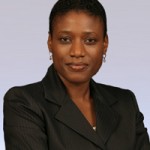 THIS is why you go to Harvard—to bond with future presidents. Butts met Obama in HLS’s financial aid office.

Butts from a PBS interview: “We were going through the process of filling out a lot of paperwork that would make us significantly in debt to Harvard for years to come. We bonded over that experience.”

He obviously really trusts this woman because few have been allowed to do such a “let’s psychoanalyze Barack Obama” type interview.

She left her post as senior vice president for domestic policy at the Center for American Progress to join Obama’s 2008 presidential campaign as domestic policy adviser. A background in government, she served as a senior adviser to Rep. Richard Gephardt (D-Mo.).

Before boarding the Obama train, Barnes held stints as Executive Vice President for Policy at American Progress and Chief Counsel to Sen. Ted Kennedy on the Senate Judiciary Committee.  Butts and Barnes may have a lot in common, but in one area of, we can’t be sure.  While Butts has remained mum on her shopping habits, Barnes has been labeled a fashion plate. See her bare arms and feet here.

Update (11-24-08; 8:18 p.m.):  Today, President-elect Obama introduced Melody Barnes as his director of the White House Domestic Policy Council. We believe she is the first African American to hold this position.  We also believe you’ll be hearing that phrase a lot. ThinkProgress