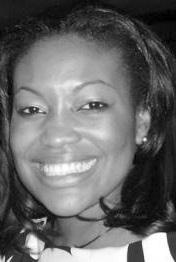 Michele Jawando has joined The Center for American Progress

Michele L. Jawando has joined The Center for American Progress as Vice President of Legal Progress, the center’s legal policy program. In the new role Mrs. Jawando will be a part of the center’s senior staff.

“Courts are playing an increasingly important role in shaping the policies that influence Americans’ everyday lives, underscoring the need for a fair and unobstructed judiciary. Michele’s robust portfolio will serve as an invaluable asset to CAP’s legal policy program, and we look forward to her leadership as CAP continues to promote a progressive vision of the Constitution,” CAP President Neera Tanden said in announcing Mrs. Jawando’s appointment.

Jawando had previously served as general counsel and senior advisor to Sen. Kirsten Gillibrand (D-NY). She worked on the Senator’s staff for nearly six years. Earlier in her career she was Legislative Counsel and Campaign Director of Election Protection, People For The American Way.

Jawando holds a Juris Doctorate from the University Of North Carolina Chapel Hill School of Law, and a Bachelor of Arts in English from Hampton University.  Jawando is married to fellow attorney William Jawando who is Of Counsel at The Raben Group. They reside in Maryland with their young children.