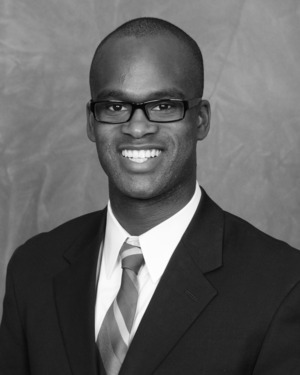 Christopher Bryant was elected the first African-American editor of the Duke Law Journal.

Chris, congrats on the Editor-in-Chief position! So give me a little background, where born and raised?

Thank you, China! I was born in Milwaukee, grew up in St. Louis, finished high school near Chicago, and attended Duke University for my undergraduate education.

How old are you?

So, you’re an older law student.

Yes, I think it helps to take a little time off. I don’t think I would have been prepared to handle law school if I had gone straight through. When I graduated from Duke, I taught in a traditional public school through Teach for America. And when my time with Teach for America ended, I taught at a charter school because I wanted to see what all of the hype was about.

How does it feel to be the first African American Editor-in-Chief of your school’s law review?

You know, it’s kind of weird. It hasn’t been as big of a deal as I thought it would be. Duke is celebrating 50 years of an integrated undergraduate campus and I will graduate exactly 50 years after the first black law students at Duke, but the school has not made much of my election. I kind of expected to hear something from the school, but I actually found out I was “the first” in passing from a professor. I’ve gotten congratulatory emails and texts from classmates and recent graduates, and I have had a few friends—mostly black students at Duke or other law schools—post things on Facebook, but this is the only interview I’ve done.

What does the fact that people haven’t made a big deal about your accomplishment say about diversity in law schools and the legal profession?

I was sitting down and thinking about it after you contacted me, and I think the fact that no one else has contacted me means things are headed in a positive direction. For better or worse, race is not at the forefront of people’s minds. I guess not talking about it can go both ways, though.  I mean, black law students make up a pretty small percentage of law students, and I think about four percent of lawyers in the U.S. are black.  I was at a conference a couple of weeks ago with the editors-in-chief of the law reviews from the top fifteen schools. The incoming editor-in-chief of New York University’s law review is a black male and we talked to each other about how we each expected to be the only one at the conference. I mean, two out of fifteen—that’s about thirteen percent. Depending on how you look at the numbers and how you define diversity,  that can mean different things.  If you phrase it as two black students, then it’s roughly proportional to the overall population and outperforming the law student population.  If you phrase it as two black males, then it’s substantially outperforming the overall population and the law school population.  If you phrase it as zero black females, then it’s underperforming everything, which is definitely not the case.  But at the end of the day, it’s just two people in one year coming from a pretty small pool, which I don’t think is too statistically significant.  It’s not that easy of a position to reach: you have to get into law school, get on law review, and then have the personality and qualifications to run for—and be elected to—a very popular executive board position. Two this year is a happy coincidence, and in one sense it’s great that people haven’t made a huge deal about it.  But I don’t think it signals much about underlying diversity concerns.  It’s still the exception, not the rule.

What are your career aspirations?

I’m interested in education, especially education in underprivileged, underserved communities, which are often black or brown. In the long run, I’d like to use my legal training to address problems in this area.  For the immediate future, the goal is to clerk for a year or two, then off to practice at a firm.

Who are your role models?

My family, especially my parents and grandparents. They all always pushed education and set great examples for me to follow.

Do you have any attorneys in your family?

None in my immediate family, but my uncle is a criminal defense attorney in Detroit.  To the best of my knowledge, that’s the only one on the family tree.

Do you have any innovative plans for Duke’s Law Journal?

Well I wouldn’t necessarily call it innovative, but we want to publish practical articles that will make a difference. The Duke Law Journal is a general interest publication, so we publish in all sorts of areas. We’re seeing a lot of pieces about the financial crisis this year. There isn’t any particular agenda, but we’ve got some great articles lined up dealing with sexual harassment and gender discrimination issues. We are also working on revamping the website and preparing to launch an online companion publication in the fall.

Are you a member of other organizations?

I’m a member of Duke’s Black Law Student Association Executive Board, a member of the Moot Court Board, and a 1L mentor through the Duke Bar Association (student government). I’ve also volunteered with Legal Aid of North Carolina’s Call4All program where I conducted screening interviews with potential clients once or twice a week.

And for your last words, what is your advice to a minority youth that may be considering law school?

Well, I would advise them to do the best they can in establishing their career. Showing up early, leaving late, looking presentable, doing what needs to be done is just the bare minimum. We spend a lot of time in education talking about test scores and grades.  Getting kids to read and do math is no where near sufficient in preparing them for the real world, just like getting good LSAT scores and a good grades in undergrad won’t prepare you for success in law school. So I guess my advice would be to be on top of your game every day because every day matters. People notice—and remember—what you do. The legal profession is a small one and you never know when some professor or classmate might be in a position to help or hurt you. Sometimes it’s little things that aren’t always the most intuitive. We had this BLSA panel for 1Ls getting ready for their first interviews and 2Ls and 3Ls told the 1Ls what and what not to wear.  And you’ve got some guys who are really sharp dressers, and that’s great, but it’s not what you want to be known and remembered as.  You want to be known as a good law student/lawyer first, and it’s easier to do that if the first thing people think about isn’t your large gold watch and argyle socks. Most importantly, always treat others well. People always pay attention to how you treat others.