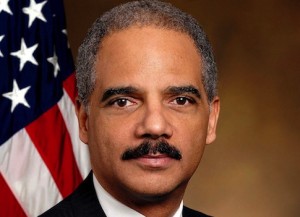 Reports are now surfacing indicating that U.S. Attorney General Eric Holder will stay in office for at least another year.

The news was first reported by Fox News and The Wall Street Journal.

Just a few weeks ago when speaking to students, faculty, and staff at the University of Baltimore School of Law, Holder said he didn’t yet know if he’d stick around for a second term.

The Attorney General has faced criticism on a number of fronts. The United States House of Representatives voted to hold him in contempt of Congress due to displeasure about his responses to an investigation of the ‘Fast and Furious’ program, a gun-walking program geared towards allowing law enforcement to track illegal guns which had been passed to Mexico.

Recently, members of Congress also suggested that the Attorney General may have told President Obama about the FBI investigation which uncovered CIA Director David Petraeus’ extramarital affair. So far no evidence has emerged which confirms those charges.

Holder began his career at the Department of Justice as a member of the Honors Program, an entry-level attorney trainee program. He worked his way up within the department as a prosecutor. Later he was a judge of the Superior Court of the District of Columbia, and then U.S. Attorney for the District of Columbia. He served as Deputy Attorney General in President Bill Clinton’s second term in office.

Prior to returning to Justice, Holder was an attorney in private practice at Covington & Burling. President-elect Obama announced his nomination to be Attorney General in December 2008, and after confirmation hearings Holder was sworn in, in February 2009. He is a 1976 graduate of Columbia Law School.