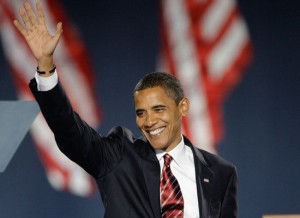 In a drawn-out answer infused with double talk in late July, Obama said, “Affirmative action is not going to be the long-term solution to the problems of race in America because, frankly, if you’ve got 50% of African-American or Latino kids dropping out of high school, it doesn’t really matter what you do in terms of affirmative action. Those kids are not getting in to college.” In a feat of linguistic acrobatics, the presumptive Democratic nominee misses the point and makes the case for even greater affirmative action. Obama sidesteps the fact that affirmative action was intended not to solve racial problems, but to achieve racial equality. One involves the heart, the other the wallet.

In his 1965 commencement address at Howard University, President Johnson made clear the need (though it was never fully realized) for an aggressive and sweeping affirmative action plan to help “the poor, the unemployed, the uprooted and the dispossessed.” These are the very young people Obama suggests demonstrate the limits of affirmative action.

Obama has been quick to criticize African Americans for the ways in which they have failed their community. Perhaps it is time he extended his scrutiny to the actions of whites — not about slavery, but about the issue Ira Katznelson exposes in his book When Affirmative Action Was White.

Katznelson writes in great detail about how the G.I. Bill of the 1940s was crafted to favor whites. Indeed, a study at the time concluded the legislation looked as though it was written “For White Veterans Only.”

Black veterans were excluded from job-training programs, put on paths to low-paying jobs and denied housing and business loans. Worse, they were denied admission to white colleges at a time when small, underfinanced black colleges did not have enough openings for the estimated 70,000 black veterans in the late 1940s. It’s hard to imagine that limiting one black generation from the opportunity of a college education wouldn’t in some way hamper the next generation.

Obama would be wise to read Katznelson’s book and inform his position on affirmative action. Historical facts might help him avoid such flimsy discourse.