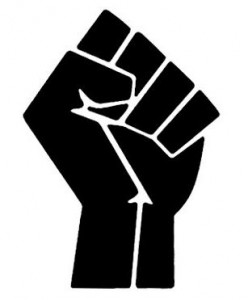 Jerry Leaphart, an African American lawyer and Quaker, is suing the Quaker affiliated organization, American Friends Service Committee (AFSC) for discrimination. Leaphart alleges that the AFSC looked over him for four positions, choosing in each instance to hire persons who were less qualified, but also, less black. AFSC lawyers tried a smoke-n-mirrors procedural move (arguing that the court could not rule in the case because of the “ministerial exception” provided to religious groups), but this argument and the defense’s position that Leaphart had failed to make out a prima facie case of discrimination were dismissed. From The Legal Intelligencer:

Savage [the judge] found that Leaphart met his burden of showing pretext by pointing to AFSC’s “understatement of his credentials” and “overvaluing” of the white candidate’s similar credentials, as well as evidence that AFSC’s general secretary and a board member admitted that the white candidate “had not attained significant responsibility in his government job,” and that his background “was antithetical to Quaker values.”