The 111th Congress convenes this week and OBABL will mark the occasion with profiles of Congressional Black Caucus members who also happen to be attorneys.  We think membership in the U.S. Congress is a fine career alternative.  True, you’re up against some stiff competition for a job that stands to pay you little more than that of a junior associate, but if you can resist the urge to hide store money in your freezer or assault security guards remove your official lapel pin, you’re all but guaranteed job security.

Elijah Cummings was born in Manning, S.C.  This son of sharecroppers excelled in school, ran a successful solo practice and won his first elected position, taking a seat in the Maryland House of Delegates, in 1982. Way to come up!  The Congressman has been robbed at gun-point and been the victim of a home burglary and multiple car jackings breakins.  Ahhh… the price of representing Mob Town Baltimore.  He also knows a “chump” when he sees one. 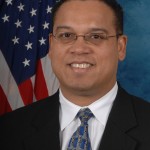 Ellison is not only the first African American from Minnesota to serve in the U.S. Congress, but he is also the first Muslim to do so. Raised a Roman Catholic, Ellison converted while in college.  So committed is he to his faith that while Congress was in an emergency session working on that “urgent” bailout package, Ellison was on a pilgrimage to Mecca. (We wonder if God told him that bailout wasn’t getting done any time soon).  Hats off to the citizens of Minnesota for being open minded about Ellison’s religion as well as his unpaid taxes and parking tickets. StarTribune 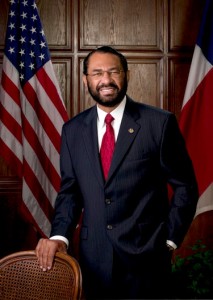 The Honorable Al Green
Representing the 9th Congressional District of Houston, Texas
Florida A&M University
Tuskegee Institute of Technology
Texas Southern University Thurgood Marshall School of Law
First elected to Congress in 2006
Is it possible to hear the name Al Green without humming, “Let’s Stay Together?”  The Congressman has no relation to the hot-grits assaulted singer of the same name.  After graduating from law school, Green co-founded and co-managed the law firm of Green, Wilson, Dewberry and Fitch.  He was elected Justice of the Peace for a Texas precinct and served 26 years as a trial judge before retiring to run for a seat in the U.S. House of Representatives. Recently, Green demonstrated why he’s not a man to be trifled with.  When a former employee claimed sexual harassment, Green struck back with a publicist, lawyer and blackmail countersuit. Both sides dropped their suits late last year.  We sure hope he can get his Federal Living Wage legislation passed as expediently as he handled his personal business. 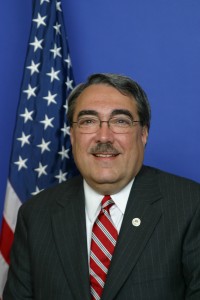 We find it pretentious to substitute an initial for one’s first name unless of course the initial happens to be the actual name, which seems likely in the case of G.K.  At the very least, the moniker was forced on him by G.K. Sr., a dentist who became the first black elected official from Eastern North Carolina.

The Congressman (who has that Thurgood Marshall look about him) attended NCCU School of Law with Big Willie, who was no doubt pleased with G.K’s “No” vote on limiting attorney’s fees in class action lawsuits.

According to his bio:

Congressman Butterfield’s law practice was devoted to representing poor people with extraordinary legal problems. He was considered the “People’s Lawyer” in his hometown – a title that earned him great respect and admiration in the community. He is best known for successfully handling several Voting Rights lawsuits in eastern North Carolina counties resulting in the Court-ordered implementation of district elections for local officials.

Before running for Congress, G.K. was a judge on the North Carolina Supreme Court. It’s a good thing the law worked out; otherwise, G.K. might still be a ticket agent at the Raleigh-Durham airport. We are impressed with the initiative he took in setting up a facebook page but wonder if a FB page exists but is never updated, is the Congressman really “aware of the internet?”

There is really so much more we could have said about these public servants. If you’d like to learn more about their backgrounds and voting records, see the links below.