The Cochran Firm, which has offices in over 20 cities, was among the companies participating in the initiative that provided the opportunity for middle and high school students to view the movie, Selma. In addition to sponsoring field trips for students in seven metropolitan cities, the firm sponsored a contest in which students were encouraged to submit original artwork, poems, and essays expressing their views on today’s pressing social justice issues. As the last lines of a poem by Robert Gross, a student at Cardozo Education Campus in Washington, D.C. made clear, this doesn’t happen often enough.

America, America “home of the free”?

How could that be? It’s never been to me.

America, America how could it be that

you are governed by the people but

never listen to me…

“We felt it was important to not only remind students of our history and the importance of voting, but to also get a sense of what injustices were weighing on them,” said Hezekiah Sistrunk, President of The Cochran Firm. 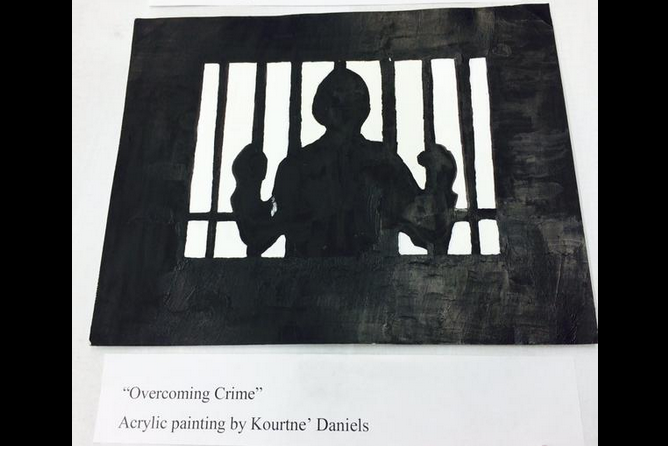 The students’ contributions ranged from topics of police brutality to racial inequality. A poem by Shehates Esquire, a student at Edna Karr High School in New Orleans included the following lines:

I stepped out my door and walked

Cop cars patrolling cause the boys in

Is it because I’m a black kid in the

Gotta be, cause I’m not the type to run my mouth

He asked for some identification

Cause my type is frowned upon by

In an essay, Zydasia Ramos of Frederick Douglass Academy II in Harlem referenced the the police killings of Michael Brown and Eric Garner then asked, “Who else needs to die?”

This drawing by Natalie Martinez, a student at Camino Nuevo Charter Academy in Los Angeles speaks for itself. 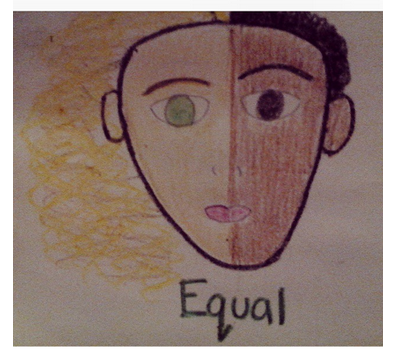 These areas are particularly important to The Cochran Firm, which currently represents the families of James Craig Anderson, who was the fatal victim of a hate crime in Jackson, Mississippi and of John Crawford, III who was killed by police in Beavercreek, Ohio while he was shopping in Walmart.

The black and Hispanic youth revealed that they have an innate sense of what is right or wrong and not just when it comes to themselves. The students expressed a deep yearning for equality, not only racial equality, but equal rights for LGBT and disabled communities as well.

Attorney Sistrunk added that above all else, they hoped they had inspired the students to be social engineers. “When people think about the Civil Rights Movement, they think about the big moments like the March On Washington and the big figures like Dr. King, but what’s great about Selma is that it celebrates ordinary people: the maids, the church folks, and work-a-day people. Those are the people who are truly responsible for change.”
Note: This is the first in a series of articles in which Lawyers Of Color is partnering with The Cochran Firm on issues that matter.