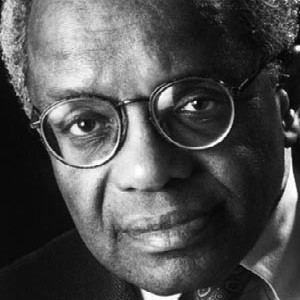 Bell’s own life story is a testament to the importance of diversity. The Air Force veteran was one of the few blacks at the law school he attended in Pittsburgh. His legal career took him from the U.S. Justice Department to the NAACP Legal Defense Fund where he worked on civil rights cases. In 1969 he became the first African-American tenured law professor at Harvard Law. He left the university in 1981 to become dean of the University of Oregon Law School. He spent four years at Oregon before returning to Harvard.

At the time of his death one of his former Oregon colleagues Oregon Law Professor Emeritus Jim Mooney said of him, ‘Derrick Bell was a great American, and a tremendously important legal-education pioneer. It was indeed a happy day for us at Oregon in 1980 when he agreed to leave Harvard and journey west to be our dean.’

Legal scholars note his pioneering work on critical race theory, his commitment to civil rights work and bringing about equity and justice, and his unwavering devotion to making sure that people from underrepresented backgrounds were provided the opportunity to teach at the nation’s law schools.

The Association of American Law Schools has tracked the faculty makeup, and in 2005 released a report on the how faculty of color had fared up through the 90’s.

Bell’s advocacy has not been in vain.

Lani Guinier an African-American woman has been on the Harvard Law faculty since 1998 has recently been joined by Annette Gordon-Reed, and they will soon add Tomiko Brown-Nagin to the group.

The “On Being A Black Lawyer Power 100” also recognized an accomplished group of African-American law school deans at historically black and predominantly white law schools across the United States.