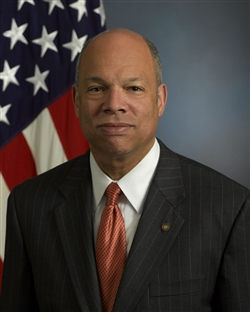 Jeh Charles Johnson the General Counsel of the U.S. Department of the Defense is resigning in order to return to private practice.

In a letter dated December 6 and addressed to President Obama, Johnson wrote:

I write to inform you that I will resign as General Counsel of the Department of Defense, effective midnight December 31, 2012. Following some time off, I will then return to private law practice.

Thank you for the opportunity to be part of your campaign, your transition, and your Administration. Thank you also for the best clients I will ever have: Robert Gates, Leon Panetta, and the men and women of the U.S. military.

I wish you continued success in your second term.

Johnson a 1979 graduate of Morehouse College and 1982 graduate of Columbia Law School began his career as an Assistant United States Attorney before going into private practice at Paul, Weiss, Rifkind, Wharton & Garrison. During that time he became a partner.

Later President Bill Clinton nominated him to serve as General Counsel of the U.S. Air Force. After that he returned to Paul Weiss.

He was nominated to be DOD’s General Counsel in January 2009 after President Obama took office, and he was confirmed in February 2009.

Some have credited Johnson with being a central figure in the repeal of the military’s ‘Don’t Ask, Don’t Tell Policy.”