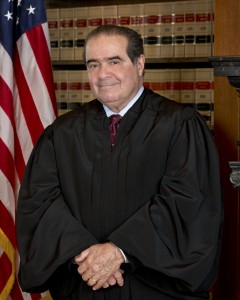 The unexpected death of Supreme Court Justice Antonin Scalia on Saturday focused attention on the significance of the Supreme Court and on diversity of the judiciary.

Scalia who was nearly a month shy of his 80th birthday had served on the nation’s highest court for 29 years. During that time he has gained renown as a “conservative” justice with forceful opinions. Just recently he garnered attention due to his questioning during oral arguments in an affirmative action case.

“There are those who contend that it does not benefit African-­Americans to — to get them into the University of Texas where they do not do well, as opposed to having them go to a less­-advanced school, a less — a slower­-track school where they do well. One of — one of the briefs pointed out that — that most of the — most of the black scientists in this country don’t come from schools like the University of Texas,” Scalia said as he asked a question during oral arguments in Fisher v. Texas. “They come from lesser schools where they do not feel that they’re — that they’re being pushed ahead in — in classes that are too — too fast for them.”

Though often criticized for his questioning during oral arguments, or the strong and forceful rhetoric in his written opinions in all-important cases, Scalia was respected as a talented attorney, law professor, and eventually jurist.

“Justice Antonin Scalia was, and will always be remembered as, one of the most influential and eloquent Justices ever to serve on the U.S. Supreme Court,” said Attorney General Lynch following the justice’s passing. “His indomitable conviction and his fierce intelligence left a lasting imprint – not just on the way the Supreme Court resolves cases, but on the legal landscape that he helped to transform. A lion of American law has left the stage, and it is up to all of us – every American – to keep our national constitutional dialogue as lively and as learned as he left it.”

“Given the huge divide in the country, and the fact that this President, above all others, has made no bones about his goal to use the courts to circumvent Congress and push through his own agenda, it only makes sense that we defer to the American people who will elect a new president to select the next Supreme Court Justice,” said Sen. Chuck Grassley (R-IA), Chairman of the Senate Judiciary Committee before whom any presumptive nominee would have to appear.

President Obama immediately hit back at the notion that he would not nominate a successor to Justice Scalia.

“I plan to fulfill my constitutional responsibilities to nominate a successor in due time. There will be plenty of time for me to do so, and for the Senate to fulfill its responsibility to give that person a fair hearing and a timely vote. These are responsibilities that I take seriously, as should everyone. They’re bigger than any one party. They are about our democracy. They’re about the institution to which Justice Scalia dedicated his professional life, and making sure it continues to function as the beacon of justice that our Founders envisioned,” he said in a televised speech hours after Scalia’s passing.

Civil rights groups such as The NAACP Legal Defense and Educational Fund, Inc. (LDF) urged the President to take action.

“We urge President Obama to nominate a qualified replacement for Justice Scalia as soon as practicable. Thereafter, we expect that the Senate will fulfill its constitutional obligation to review the qualifications of the nominee and to confirm the nominee without delay,” the LDF said in it’s statement.

Political analysts discussed the ramifications of the moment in history saying that the President has to choose whether to appoint a “liberal” justice or someone viewed as moderate, the Senate currently led by a Republican-majority must decide whether to block the President’s nominee, two things which could influence how voters respond and choose the next President.

Among those considered to be potential nominees for the Supreme Court vacancy are judges and attorneys of color. High on many lists is Judge Sri Srinivasan of the U.S. Court of Appeals for the D.C. Circuit, highly regarded as the nation’s highest court. Additionally, a name which has surfaced is that of Judge Paul Watford a judge on the U.S. Court of Appeals for the 9th Circuit. Other names which have surfaced are U.S. Attorney General Loretta Lynch, former Massachusetts Governor Deval Patrick, and Asian-American judge Jacqueline Nguyen also of the 9th Circuit.

The President did not announce a timeline for his nomination, instead saying time was needed to properly mourn Justice Scalia’s loss.