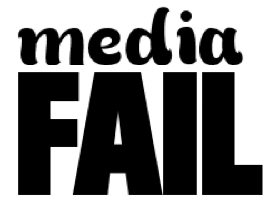 The media have rightly received criticism for giving equal coverage and deference to groups and positions that aren’t equally deserving of such. Consider this bit of “journalism” from Robert Barnes, who covers the U.S. Supreme Court for The Washington Post.

It begins with the misleading headline: Supreme Court receives outpouring of conflicting views on affirmative action.

In fact, the Court received 73 amicus briefs in support of the University of Texas and affirmative action. These “friend of the court” briefs came from thousands of organizations representing millions of association members, students, alumni and employees. By contrast, only 17 briefs were filed in support of Abigal Fisher and many of those briefs contained only a handful of signatories — Not a single company or mainstream organization joined in support of Fisher. Notwithstanding all this, Mr. Barnes spends the bulk of his article bolstering the position of 6 or 7 anti-affirmative action advocates.

At first glance, Mr. Barnes’ opening sentence leaves the impression that the U.S. Commission on Civil Rights finds affirmative action to be harmful to black recipients. In fact, The United States Government, under which the Commission falls, filed a brief in support of affirmative action. The brief to which Mr. Barnes refers was filed by three Republican appointees to the Commission. On of which, Gail Heriot, whom Mr. Barnes quotes, is a prominent supporter of Proposition 209, which brought an end to affirmative action practices in public institutions in California.

Gail Heriot and two other members of the U.S. Commission on Civil Rights would like the Supreme Court to know that new research indicates that race-preferential admissions to America’s top universities are hurting those they are supposed to help.

“If this research is right, we now have fewer minority science and engineering graduates than we would have under race neutral admissions policies,” Heriot said in an amicus brief filed along with fellow commissioners Peter Kirsanow and Todd Gaziano.

In Mr. Barnes’ view, a brief submitted by three individuals with dogs in the fight  carries more weight than one submitted by a nonpartisan group of experts with 26,000 members. You do the math.

Mr. Barnes waits until nearly the end of his article to mention that the opinions of the 6 or 7 anti-affirmative action zealots he chose to highlight are challenged by far more objective groups:

But another objective of amicus briefs is to make sure no assertion goes unchallenged.

So UT’s amici include “95 experimental psychologists” and “444 American social science researchers” and “57 Fortune 100” companies with testimonials to the importance of diversity.

In addition to those cited by Mr. Barnes, the opinions of Heriot and the like are discredited by the following:

Mr. Barnes ends by saying eight justices will have to “sort this out.” I certainly hope they do a better job than he did.