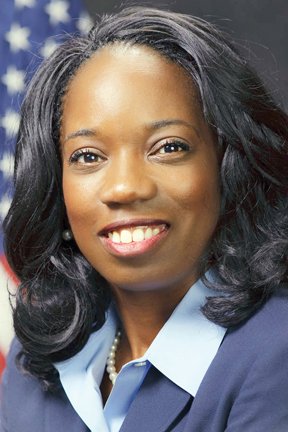 Gwendolyn Keyes Fleming a black lawyer who once served as the DeKalb County, Georgia District Attorney has been appointed the chief of staff for the U.S. Environmental Protection Agency based in Washington, D.C.

In 2010 Fleming was selected by President Barack Obama as a regional administrator with the EPA. She served as Regional Administrator, U.S. Environmental Protection Agency Region 4. The region encompasses the Southeast U.S. including the states of Alabama, Florida, Georgia, Kentucky, Mississippi, North Carolina, South Carolina, Tennessee. Her appointment was historic in nature as she was the first African-American to be named to the position in that region.

A former District Attorney from January 2005 until September 2010 was The DeKalb County (Ga.) District Attorney. During her tenure the office prosecuted somewhere between 6,000 and 8,000 felony cases annually. She was also the first African-American and the first woman to serve in that position.

Fleming is a 1993 graduate of the Emory University School of Law, and a 1990 graduate of Douglass College at Rutgers University. She is married to Randal Fleming and the mother of two sons.