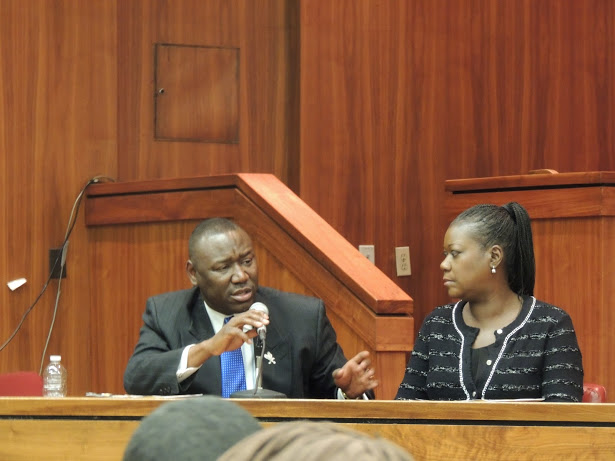 On March 7, Howard University School of Law students and faculty welcomed Sybrina Fulton, the mother of Trayvon Martin and family attorney, Benjamin Crump. The program began with a showing of the Howard University student produced, “Do I Look Suspicious” video. The video depicts Howard University men standing against racial profiling and the February 2012 killing of the 17-year-old Trayvon Martin. At the video’s conclusion, third year law students, Nathan Zewdu and Courtney Scrubbs spoke about the activist activities of Howard students following the death of Trayvon. Zewdu explained, “It all began with an email…then the men and women [of Howard Law] came together and got to action!” Scrubbs encouraged, “As students, we are much more powerful than we think. We realized we had a responsibility. Look out for us because we are going to continue to champion this effort!” Interim Dean of the Law School, Okianer Christian Dark, introduced the speakers for the evening and spoke of Howard Law’s responsibility in making sure justice reigns for Trayvon, “Howard Law is still in the business of leading the fight for social justice and one year later is a time to commit and stay the course.” 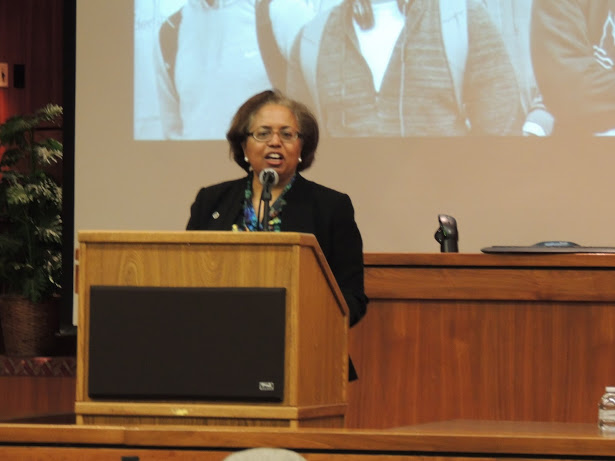 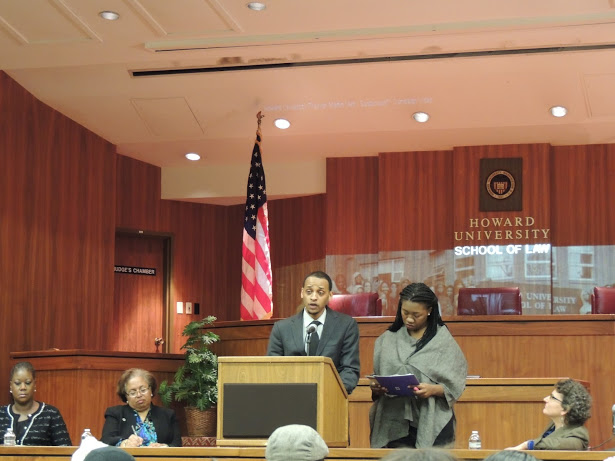 Professor Gregory Carr, Chair of the Department of Afro-American History at Howard University and Professor of Race, Law, and Change at Howard University School of Law opined on the social climate surrounding Trayvon’s death. Carr spoke about the plight of African Americans in America, quoting James Baldwin, “From birth to death, there is something very personal about being black in America.” For Carr, the discussion regarding Trayvon and minorities involved in gun violence seems to be dissipating, yet he commands us to remain assertive in our fight, “The conversation at the national level has come to recede but it should never leave us.” Following Carr, stood Sybrina Fulton, the mother of slain Trayvon Martin. 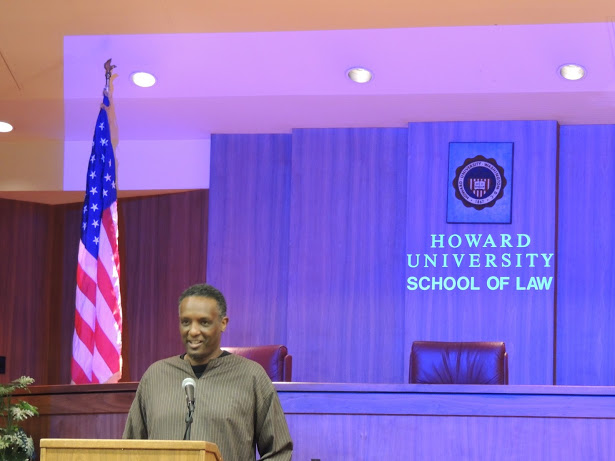 Fulton, who received a standing ovation from the audience, commenced, “I never do an interview with quotes. It’s not because I am unprepared. It’s because I am speaking from my heart.” Fulton began her story, remarking on how difficult and unfair it is to have lost a son. She clarified, “I did not start out as an advocate; I started out as a lover of my son.” Now, Fulton is not only in the fight for justice for her son, but also for all of the young men and women rejected by an unjust criminal justice system. In applauding the efforts the students are making to establish themselves as attorneys, Fulton advised, “You can’t just be an attorney; you have to be a lover of people.” Fulton ended her remarks by thanking Howard University students for their continued activism. 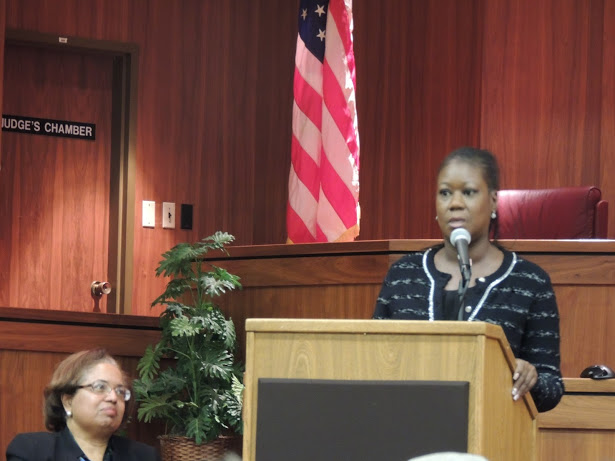 Josephine Ross, Director of the Criminal Justice Clinic at Howard Law then approached to discuss the history of case law related to racial discrimination. Ross first spoke about what it means to be suspicious; “Suspicion is what gives police the right to stop someone that is otherwise minding their business.” She then defended Trayvon, “No one ever said Trayvon Martin should have stood HIS ground…and Trayvon paid the ultimate price for this unjustified suspicion.” During her remarks, Ross called on society to reject discrimination in not just the African American community but also in Latino and Muslim communities. Wrapping up, Ross maintained, “The most typical response by the Supreme Court to racial discrimination is to ignore it.” With that, Ross advised that we stop turning to the Supreme Court for help and instead pass laws in our own states that forbid racial profiling, because, as of right now, the Equal Protection Clause is a right without a remedy. 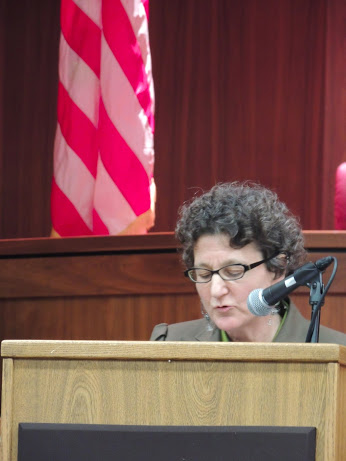 On the heels Ross’s case law discussion, Benjamin Crump, the Martins’ attorney spoke about recent developments in the case. First, like Fulton, he thanked Howard students for their participation in the fight for justice for Trayvon, “Before there was CBS, ABC & BET there was FAMU and Howard University.” Crump then spoke of what he views as the current state of Black America, “A dead black or brown boy is almost a cliché in America.” To the audience, Crump posed the question, “How far have we come since Emmett Till?” Crump believes, like so many other African Americans, “if the shoe were on the other foot…if black Trayvon had shot Zimmerman, Trayvon would have been arrested immediately.” Crump insisted we continue to advocate for the oppressed and suggested, “If America fails Trayvon, America has failed.” 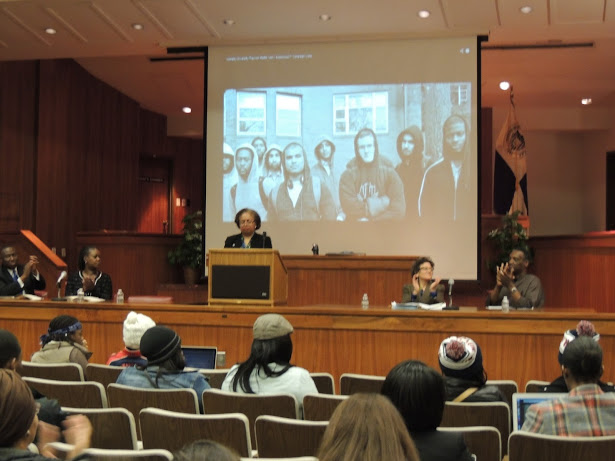 Dean Dark ended the discussion, “I feel encouraged for the future. I am proud of [my students]. They know what it means to accept responsibility for now and the future.” When asked about how he views the fight for racial justice in America, Dwight Draughon, Staff Editor of the Howard Law Journal opined, “Although America has gained significant symbolic progress in its enduring fight for equality for all its citizens, incidents such as Trayvon’s tragic killing demonstrates the improvements still needed on a practical level. The racial profiling and stereotyping behind the smoking gun represents a bigotry that no legislation can fix. In addition to our legal fight for equality, American needs to rekindle the struggle for love and understanding.”