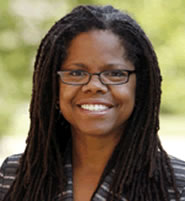 Professor Verna Williams of Cincinnati College of Law has been close friends with First Lady Michelle Obama since their days at Harvard Law.  Ms. Williams partnered with Mrs. Obama in Moot Court, supported the Obamas’ courtship and marriage and championed Mrs. Obama’s role during her husband’s presidential run.  Now the former DOJ attorney and Sidley Austin associate weighs in on The First (Black) Lady’s role in the White House.  Ms. Williams’ law review article has been described thusly:

This essay examines the discourse about Michelle Obama during the presidential campaign against the backdrop of the social meaning of the First Lady.  This position — unelected and lacking any Constitutionally-defined job description – nonetheless is a national institution of great significance, largely because it personifies domesticity and traditional femininity.

The essay argues that, as traditionally understood, the role of First Lady supports privileged white femininity. It also argues that the gender and racial norms contributing to the traditional notion of First Lady exemplify the intertwined nature of racism and sexism, and particularly how they have been used to justify Black subordination. In this regard, the essay discusses how African Americans have embraced gender conformance as a way of attaining acceptance and status within the existing social order, specifically through the “Black lady” trope, applied to Michelle Obama in response to the hostility she confronted in the media.  Finally, the essay proposes ways in which Mrs. Obama’s First Ladyship has transformative potential.