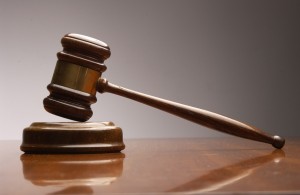 1963 was a landmark year in the struggle for civil rights in America. The killing of Medgar Evers and the 16th Street Church bombing served as stark reminders of the racial hatred that plagued the nation. The Birmingham Campaign and the March on Washington for Jobs and Freedom were illustrations of the collective power of committed individuals to confront injustice. And one of the most important Supreme Court decisions in our history, Gideon v. Wainwright, sought to guarantee equal justice in one of the institutions where poor people and minorities were treated most unfairly – the criminal justice system. As we reflect on the fifty-second Anniversary of Gideon, members of the legal profession should remember its mandate, consider how far we are from fulfilling it, and make a renewed commitment to making its promise a reality.

Between the Civil War and World War II, lynchings were common in America. A mere accusation was followed by the execution, without the slightest pretense of due process. As the nation expressed outrage at this blatantly illegal practice, the system responded by holding sham trials that ensured the accused would be quickly tried, convicted, and sentenced. Sometimes a lawyer would be provided to serve as window dressing to further the appearance of legitimacy.

Gideon sought to address these “legal lynchings” by guaranteeing the right to counsel to those accused of crimes. It affirmed that the lawyer is the vehicle necessary to ensure justice, for no lay person can maneuver our complicated system of laws and procedure alone. Gideon tells us that equal justice demands that poor people are provided the kind of lawyers those with means would pay for.

But fifty-two years later, that promise is unfulfilled. 2.2 million Americans are incarcerated – more than any other country in the world. They are almost exclusively poor and disproportionately of color. Most relied on the services of a public defender who was dealing with crushing caseloads, limited resources, and inadequate training.

The recent police beating of UVA student Martese Johnson is simply the latest publicized example of how of how far we are from achieving justice for the most marginalized of our citizens. That it comes in the wake of the killings of Michael Brown, Eric Garner, Akai Gurley, and Tamir Rice, only reminds us how little our society, and our criminal justice system, cares for black lives.

But for every single publicized instance of police brutality, tens of thousands of people are arrested and processed into prison cells without a lawyer with the support necessary to ensure the fight is fair. This system of routine injustice, which wreaks far more havoc on our most marginalized communities than the use of excessive force by police, represents our generation’s most important civil rights struggle. As Gideon reminds us, we cannot win this battle without our nation’s public defenders. As the president of Gideon’s Promise, an organization dedicated to building a movement to reform America’s criminal justice system, I work with an amazing group of lawyers committed to making equal justice a reality. On this important anniversary, I urge members of the legal profession concerned about racial and economic justice to support this community as it works to fulfill Gideon’s promise.

Jonathan Rapping was named a 2014 MacArthur Fellow for his transformative work on criminal justice reform. He is the President and Founder of Gideon’s Promise, an organization dedicated to building a movement of public defenders to transform criminal justice in our nation’s most broken systems. He is also an Associate Professor and the Director of the Honors Program in Criminal Justice at Atlanta’s John Marshall Law School. Gideon’s Promise was featured in the April 2015 of Essence.